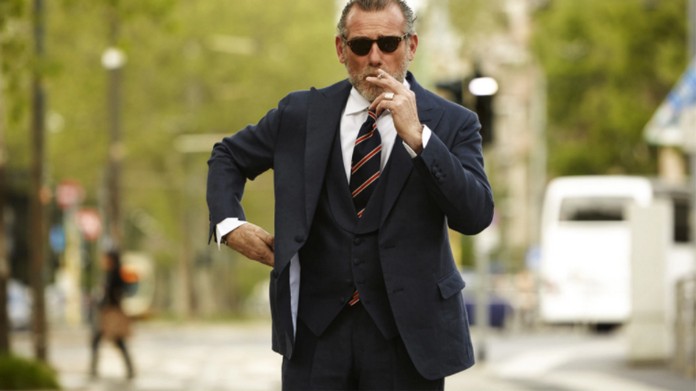 The Italian fashion entrepreneur and street style icon is the real star of the Pitti Imaginaire ‘Peacocks’. Where others preen and posture in their fussy, over-tailored outfits on the benches outside the Florence trade show, Squarzi is the master of understated Italian cool, but with a more American leaning.

The Arctic Monkeys frontman is but a shadow (puppets; last of) of his former self, a million miles from the indie rock scruff that emerged back in 2006.

As the command of his on-stage persona has developed, so too has his style, and it’s admirable. Few men can pull off the full greaser look, but he does it.

Despite his success with almost-eponymous brand AMI, Mattuissi is clearly a man that doesn’t take clothes too seriously, or at least not those he wears on his own back.

As the former publisher of Wallpaper magazine, current creative director of Hunter and long-time husband of fashion designer Stella McCartney, it’s hardly surprising that Alasdhair Willis has, over the years, developed an enviable signature style. His mane of salt and pepper hair and impressive beard aside, Willis’s wardrobe of beautifully cut suits, slick roll necks and chic field jackets is an enviable one.

Perhaps it’s the flowing locks, perhaps it’s annoyingly good hipster beard, perhaps it’s the ability to pinpoint a pass with the precision of a Swiss watchmaker whatever it is, it’s hard to think of a more stylish footballer alive today than Milan and Juventus legend Andrea Pirlo.

Hailed by The New York Times as ‘wonderfully sleazy’, Ben Cobb – the editor of biannual style title Another Man – is the embodiment of sexed up Seventies style.

From busking barefoot on the streets of Paris to brightening up the Burberry catwalk with his soulful voice, Mercury prize-winning musician, artist and poet Benjamin Clementine is a true Renaissance man with a unique style all his own. Having once said he would prefer to perform totally naked, Clementine often swaps shirts for a bare chest under a suit.

Once, talking to Mr. Porter, Bill Nighy described his perfect navy suit – the outfit that is very much his adopted uniform. “Very simple, lightweight, 2-piece, 2-button, and it’d be single vent, two buttons on the sleeve, not a particularly wide lapel, not particularly styled, not a waisted jacket.

Founded 37 years ago, Brunello Cucinelli’s eponymous company – which is based in Solemeo, a hilltop village in Umbria – produces some of the most beautiful menswear known to, well, man.

A man with that most enviable of sartorial abilities – to make any outfit, not matter how formal or flamboyant, look raffish and unaffected the Roxy Music front man embodies Hardy Amies’ maxim that a man should “look as if he has bought his clothes with intelligence, put them on with care and then forgotten all about them”. 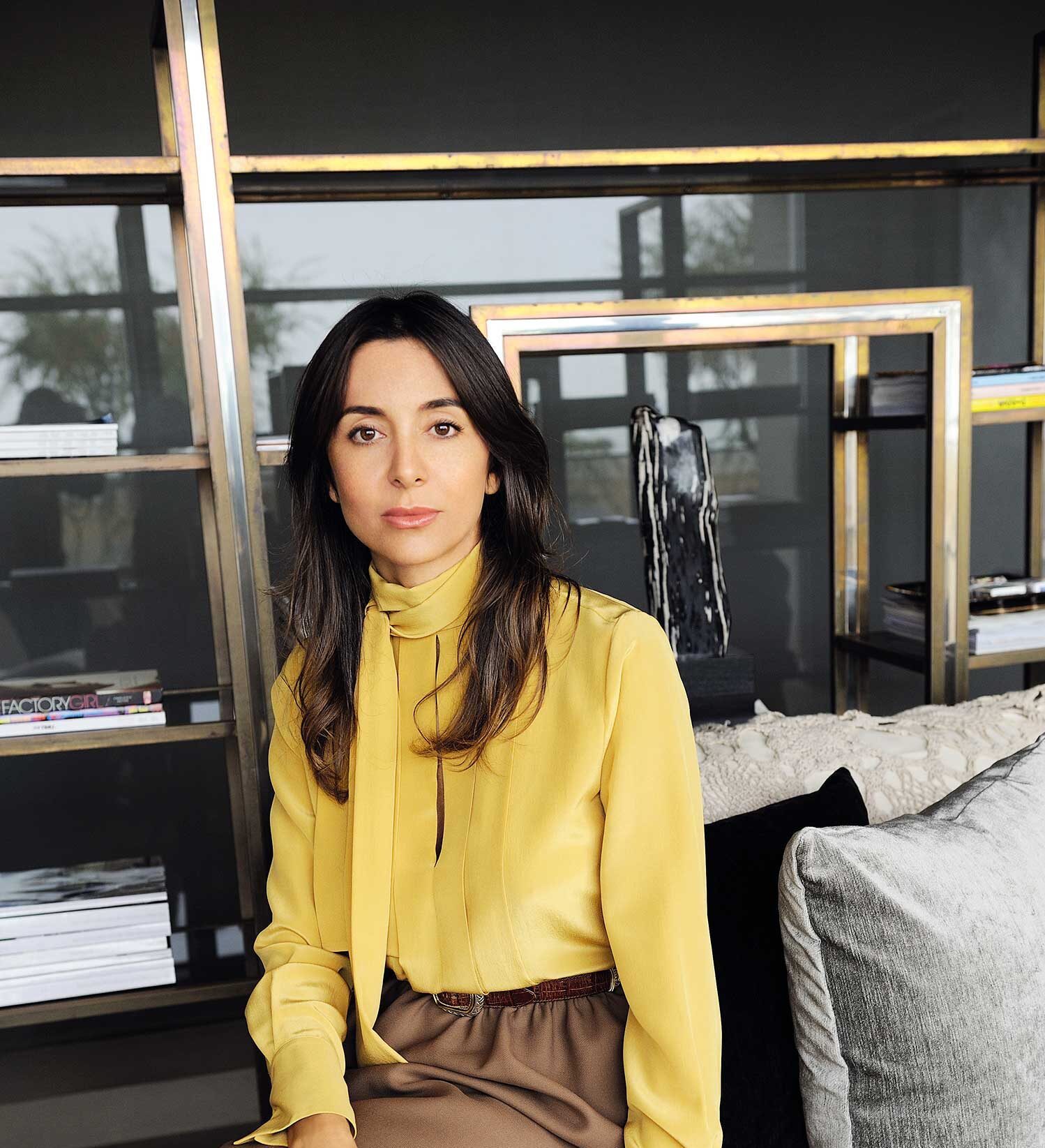 ALESSIA GIACOBINO – THE CUBE OF LOVE! 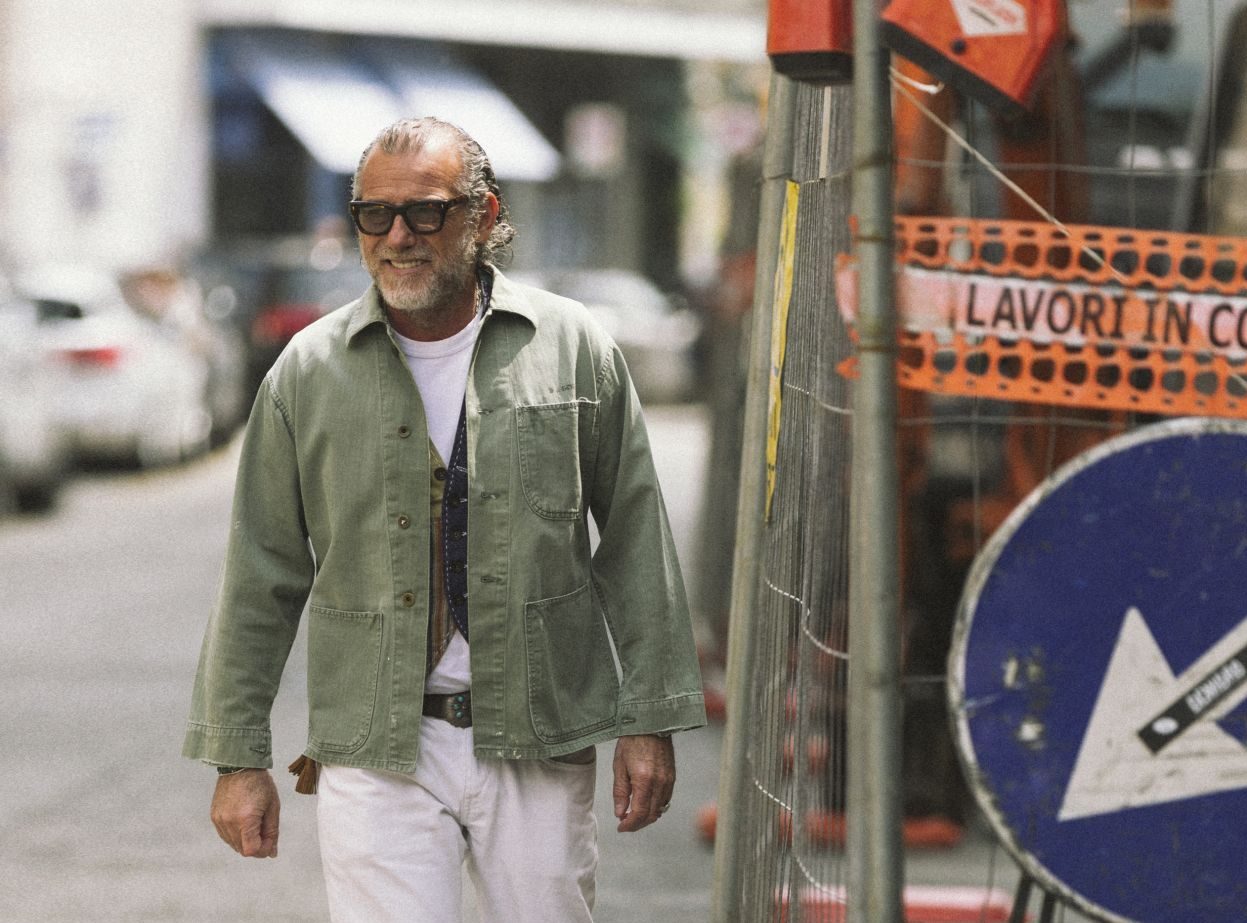 Dress like an Italian: Alessandro Squarzi’s guide to summer style

It’s not fair really, is it? You spend a lifetime trying to establish a style for yourself, trying to corner the ‘cool’ market — and

Men over 40 should avoid these mistakes when wearing jeans

Keep up with the latest trends and be the first to know about collection previews, seasonal sales and special events. Sign up!

This website uses cookies to improve your experience while you navigate through the website. Out of these cookies, the cookies that are categorized as necessary are stored on your browser as they are essential for the working of basic functionalities of the website. We also use third-party cookies that help us analyze and understand how you use this website. These cookies will be stored in your browser only with your consent. You also have the option to opt-out of these cookies. But opting out of some of these cookies may have an effect on your browsing experience.
Necessary Always Enabled
Necessary cookies are absolutely essential for the website to function properly. This category only includes cookies that ensures basic functionalities and security features of the website. These cookies do not store any personal information.
Non-necessary
Any cookies that may not be particularly necessary for the website to function and is used specifically to collect user personal data via analytics, ads, other embedded contents are termed as non-necessary cookies. It is mandatory to procure user consent prior to running these cookies on your website.
SAVE & ACCEPT